Bible Passages On The Age Of Accountability 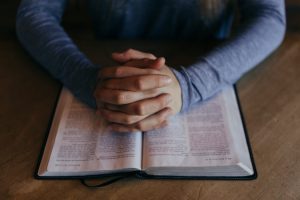 ‘Moreover your little ones and your children, who you say will be victims, who today have no knowledge of good and evil, they shall go in there; to them I will give it, and they shall possess it.

For before the Child shall know to refuse the evil and choose the good, the land that you dread will be forsaken by both her kings.

5 Behold, I was brought forth in iniquity,

And in sin my mother conceived me.

Therefore, to him who knows to do good and does not do it, to him it is sin.

14 But Jesus said, “Let the little children come to Me, and do not forbid them; for of such is the kingdom of heaven.”

11 Even a child is known by his deeds,

Whether what he does is pure and right.

12 So then each of us shall give account of himself to God.

23 for all have sinned and fall short of the glory of God,

3 The wicked are estranged from the womb;

They go astray as soon as they are born, speaking lies.

42 And when He was twelve years old, they went up to Jerusalem according to the custom of the feast. 43 When they had finished the days, as they returned, the Boy Jesus lingered behind in Jerusalem. And Joseph and His mother did not know it; 44 but supposing Him to have been in the company, they went a day’s journey, and sought Him among their relatives and acquaintances. 45 So when they did not find Him, they returned to Jerusalem, seeking Him. 46 Now so it was that after three days they found Him in the temple, sitting in the midst of the teachers, both listening to them and asking them questions.

28 Say to them, ‘As I live,’ says the Lord, ‘just as you have spoken in My hearing, so I will do to you: 29 The carcasses of you who have complained against Me shall fall in this wilderness, all of you who were numbered, according to your entire number, from twenty years old and above. 30 Except for Caleb the son of Jephunneh and Joshua the son of Nun, you shall by no means enter the land which I swore I would make you dwell in. 31 But your little ones, whom you said would be victims, I will bring in, and they shall know the land which you have despised.