Does Everything Happen For A Reason? 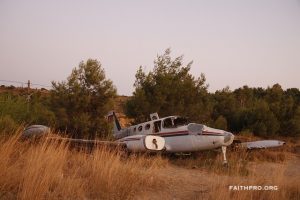 “Everything happens for a reason.”  It’s so easy to say.  It’s so easy to believe.  It sounds so sacred, so saintly.  It almost gives us hope that all is not lost.  But it is wrong.  It’s a myth.  And it is not found in the Bible.  While it gives hope, it is a false hope, and it relieves people from the real task of finding out, admitting, and providing solutions to real problems.  It also relieves people from truly seeking God’s will for their lives.  If it all happens for a divine reason, then it is impossible to fail.  Nothing is ever my fault.  Even my failures are somehow planned by God.  And truthfully, that is probably why this is such a popular myth.  It requires no spiritual effort.  It allows people to remain ignorant of God’s will for their life and just believe and do whatever.

Again, I’m not taking away God’s intricate working by which He guides us and blesses us.  But every divine strategy still requires our response.  I am finding that Christians are still being taught to be led through life by open doors and closed doors.  It is risky to do that.  I realize that Jesus said He has set before us “.an open door, and no man can shut it” (Revelation 3:8).  But He was referring to a specific church for a specific reason.  He does open doors for us in life.  However, sometimes doors open that are not of God, and He wants us to avoid them.  Other times doors are closed that God wants us to open by faith – by requesting and believing Him.  Remember, Jericho was closed, the entire Promised Land was closed, and God wanted the Jews to take it anyway!  We can’t keep assuming that God is in charge of all the doors.  It is the reason why people keep marrying the wrong person, taking the wrong job, and choosing the wrong church.  They are allowing coincidences to become the proof that God is involved.  When, in fact, many coincidences are counterfeit and have nothing to do with God’s will.  (In a later chapter, we’ll examine the method by which God has chosen to guide us, rather than the open-door-closed-door routine.)

Leave God out of the bad things.  “Everything happens for a reason” may sound quite spiritual, but it’s not really a Bible truth.  We need to change it to, “Some things are divinely ordained and happen for a reason.  But if they’re harmful, they’re never for a divine reason.”

This answer was originally posted here.  To get more answers to tough questions check out

God, Why? Why do bad things happen to good people.