How Could Someone Become A Mass Murderer? 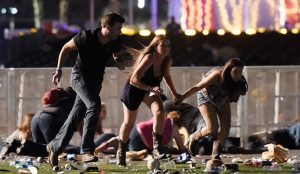 There are a lot of good people in the world, they are born, they grow up, the contribute to society somehow in their lives, then age, and they die.  Simple summary of life, but there is nothing better than knowing Jesus and experiencing the adventures God has for us.  It’s not just about living, getting old, and dying.

As a Bible-believing Christian, we know that Jesus called us to receive eternal life, and God wants us to live our lives abundantly according to John 10:10.  Sadly, not everyone chooses Jesus.  However, there are some very evil people in the world.  These people started out “normal” by the world’s standards and ‘snapped’ somewhere and did something that everyone judges as dark, wrong, or demented.

How could anyone murder someone else that they don’t know?  It’s unimaginable to the regular person. We seen revenge killings, murder to rob or steal property, and other reasons people murder.  Everyone is puzzled when someone snaps and murders in the all to frequent unprovoked mass killings.

The fact is it’s not that people suddenly snap. It’s something that has happened over a period of time.  When a married person commits adultery, it didn’t start that day of the sin.  It started in their mind before they committed the act.  They thought about it.  They pictured themselves doing. Then eventually they did it.  Mass murderers are no different.

What’s Behind The Murderer? 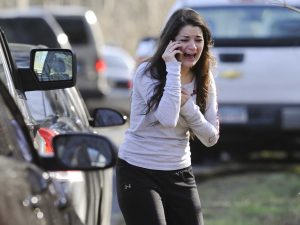 Ephesians 6:12 tells us that as believers we must fight spiritual forces of darkness.  We’re told in 2 Corinthians 10:5 that we must keep our imaginations under control.  It’s controlling what you think.  Romans 12:2 tells believers that we are not to be like this world, but we must renew our minds and thinking to God’s ways.  Believers must fight the spiritual fight to get there.

Unbelievers may have moral standards but they have less to fight with because they do not have faith, know God, or know God’s power.  When a person commits murder, you can be assured that there are spirits of darkness (AKA demons) behind that person’s actions.  When they commit mass murder of innocents, it’s evident they’ve been listening to demonic voices for a long time.

All humans have a choice, they can listen to the spirits that are speaking to them and let their imaginations run wild, or they can reject those thoughts that are coming from spirits speaking thoughts to them.  A mass murderer is a person who has been listening to demons for a long time.  We also know from John 10:10, that the thief (satan and the demons) come to steal, kill, and destroy.

It’s more than sad to see innocents die. It is not God’s will for someone’s life to be stolen from them.  However, it is a sign of the world we live in.  Law enforcement needs to be diligent in watching for people in society who deviate.  However, the most important thing is for believers to be praying for their businesses, schools, shopping areas, restaurants, and other areas so that God’s angels will surround and protect them. Pray for no tragedies to happen.  Demons are behind the people, so if you bind the demons, you can minimize the chances of murder.  Jesus said what we bind on earth is bound in heaven in Matthew 18:18. Believers are on this earth must pray.  We speak to situations but known and unknown, only God can help us do that. In order to have useful prayers, we must know Jesus.  Do you know Him?