Is The Bible True? 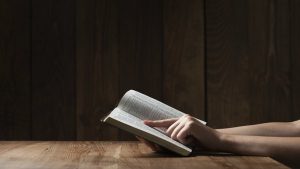 These days, much as in the days of old, people are trying to invalidate the Word of God.  Some misinformed people say that the Bible is some myth or fairy tale.  Some compare it to Roman, Greek, or even Nordic mythology as man’s efforts of the past to explain what they did not understand.  Why attack the Bible?  If you can discount the power of God’s Word, the Bible in our hands, then as a believer, we don’t have anything to stand on.

Passing Down
These days, if you want to write a book, you get out your computer and start typing.  When you are ready to give a copy to someone on paper, you print it out and give it to them.  However, in the past many stories and traditions were passed down through generations verbally.  What does that mean?  That means that the stories were told over and over by the parents or grandparents to their children.  Of course with time, the story could change based on the story teller and the details could actually be diluted or changed all together.

Inspired By God
We know that the Bible was inspired by God and has survived many attempts by various governments and groups to expunge it from history.  Various dictators have tried to burn Bibles because they wanted to take away freedom people have.  If God didn’t have His hand on it, the Bible would have been wiped out many years ago.
Although I think it was surely passed down via some oral tradition.  It is amazing how accurate and true the translation and writing is.  It is definitely no myth. ‘how do you know the Bible we have now was what they had in Jesus’s time on the earth or even before?‘ you may ask. Of course, the Bible has proven itself time and time again.  We find the cities where the Bible records, their pottery, their money, and their events in the archeological record.  However, one boy throwing a rock, changed everything.

The Dead Sea Scrolls, A National Treasure
In 1947, a young Bedouin shepherd boy was looking for his lost goat.  He was on the Northwest shore of the Dead Sea in Israel in an area called Qumran.  He threw a rock into one of the many caves in hopes of scaring out his goat, if it was there.  He heard the shattering of pottery from the rock inside side the cave.  No goat came out, but a great discovery was made.  Going inside, he discovered large clay jars with old scrolls made of papyrus. Basically a time capsule was discovered.   These scrolls later became known as the Dead Sea Scrolls.  They discovered about 500 scrolls and fragments of scrolls in 11 different nearby caves.  Scholars and experts determined the scrolls were written between 250 B.C. and  A.D. 68.  With these scrolls, they compared the scriptures we had in our day, two what they had then.  They found that the Bible we have today is exactly what they were reading from the beginning!  Isn’t that amazing!  God has got His hand on the Word.

There was much more to this story, as scholars were able to “reconstruct the history of the Holy Land from the fourth century B.C. to  A.D. 135; and to clarify the relationship between Jewish religious traditions and early Christianity”*.  However, the main point is what you have now is God’s Word, it is accurate.  It has not changed with time.

Inspiration From God
The Word is inspired.  When I read the Word, God speaks to me and gives me direction.  He wants to do the same for you.  Hebrews 4:12 says,
For the word of God is alive and powerful. It is sharper than the sharpest two-edged sword, cutting between soul and spirit, between joint and marrow. It exposes our innermost thoughts and desires. NLT

If you want to be inspired by God, then read the Bible.  It will change you