What Does The Bible Say About Interracial Marriage? 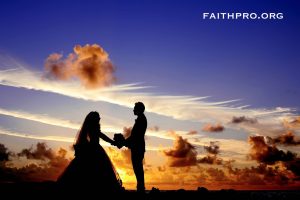 The world is a huge place, but recently the great distances we have between each other are seeming to disappear thanks to transportation between cities as well as countries.  Communications technology such as phone, chat, an email have also plays a role in bringing people that are geographically separated closer together.  Cultures and ways of thinking are becoming more similar around the world.

In the past, there was little mingling between peoples, cultures, and races.  Things have changed drastically. You have Caucasian people (whites) marrying Asians, Blacks marrying Whites, Asians marrying other Asians outside of their own countries, and so many more combinations of whites, blacks, Asian, Middle Eastern and so forth.  Is God against that?

When you read the Old Testament, you see the children of Abraham were forbidden from mingling in marriage with the other peoples around them. People try to apply that historical truth to today but don’t really understand why God forbid that interracial marriage.  God forbid interracial marriages in the Old Testament, because He didn’t want people to be drawn away from His ways. Leviticus 18:24-30 illustrates the point beautifully.   Interracial marriage was forbidden for the Israelis, not for ethnic purity concerns but for faith commitment concerns.  There are more examples in Exodus. 34:10-16; 1 Kings. 11:1-11; as well as Ezra 9:1-15.

If you are a committed Christian, you should NEVER marry an unbeliever.  Why?  They will not strengthen you spiritually.  Their unbelief will actually weaken you.  This is the exact same concept.

Is it Okay To Marry A Spouse Of Another Race?

Absolutely!  The key is to make sure that they are fully committed to the Lord Jesus and baptized in the Holy Spirit.  Do keep in mind that there are some people out there who are bigot who don’t want to accept anything outside of what they don’t already know.  Those people are on the constant decline but we must be aware, if you have a spouse of another race some people may have confused or intolerant attitudes.

God loves all people, nations, and tongues (languages).  We can love everyone as well!