What Is The Difference Between Charismatic And Pentecostal Christians? 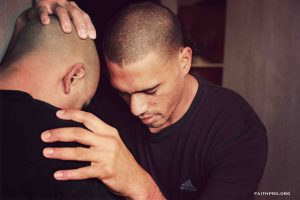 There are many churches in the world.  Some spiritually alive and many spiritually dead and boring as God because the Holy Spirit is not there.
The Spirit-filled Church
Of the Spirit-filled churches there are some who call themselves Pentecostal and others who call themselves Charismatic.  There are even churches that use the terms interchangeably.  What does is the difference between a Christian who is Charismatic or Pentecostal?
The difference is historical.  Both labels indicate a Christian who believes in the Biblical gifts of the Spirit, speaking in tongues, prophecy, miracles and other necessary power gifts of the Church that started in the Bible book of Acts.
In the United States of the 1930s and 1940s people were disheartened by mainline Christian denominations and many new churches were formed by people looking for a fresh touch of God.  People began to recognize the loose affiliations were not good enough and new denominations such as the Assemblies of God, International Church of the Foursquare, and others were formed to bring organization, higher education (universities), and other benefits of unity.  These groups were very open to the move and gifts of the Spirit at that time and identified themselves as ‘Pentecostal’.
The Charismatic Renewal
In the 1960s and 1970s a fresh move of the Spirit occurred among Christians in the United States that was known as the Charismatic Renewal. Both groups are open to the gifts of the Holy Spirit, however Charismatic Christians were not just members of these new denominations. The Charismatic Movement spread internationally and spread across many Christian groups or denominations.
There is really no difference between Charismatic and Pentecostal Christians.  Both groups are open to the gifts of the Holy Spirit and usually are churches that are experiencing the same fullness that began with the early church in Acts chapter 2.
Do you know Jesus?
Do you have God’s power in your daily life?
___________________________
Thanks for reading FaithPro!  You are here because you want to know the truth, and the truth of the Word will set you free!  Don’t keep the freedom to yourself!  Share with others via the buttons below.  One Word from God can change someone’s life forever.  Jesus is Lord!