What is the “Gap Theory”?

The Gap Theory is an idea that there is a gap of time between Genesis 1:1 and Genesis 1:2.  In Genesis 1:1, we know that in the beginning, God created the heavens and earth.  Where we are now is created by God.  In verse 2, we see the earth was “formless and void”.  The original word in the Hebrew for without form is ṯôhû; that the Strong’s Concordance defines as “from an unused root meaning to lie waste; a desolation (of surface), i.e. desert; figuratively, a worthless thing”.  The word in the NKJV void is ḇôhû; which Strong’s defines as “from an unused root (meaning to be empty); a vacuity, i.e. (superficially) an undistinguishable ruin: — emptiness, void.”  If God, the perfect being created heaven and earth in verse one, how could it be a wasteland that has no form is empty.  Does God do a job halfway? 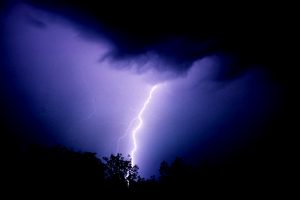 The Gap Theory endeavors to explain that there is a gap or unknown amount of time behind what happened in Genesis 1:1 and Genesis 1:2.  The Gap Theory is a theory so we may never know what actually happened, but it does make a lot of sense when you compare the geological record of the earth recorded in the strata of the Earth’s crust and try to date it.  Some people count the genealogies recorded in the Bible and argue that the earth is 6,000 years old.  For those who appreciate science and the power of the Word of God, it is very clear that the Earth is far more than 6,000 ‘man years’ old.  In the Earth’s crust around us we strata reveals the Flood of Noah and much, more.
Jesus said in Luke 10:18 that He saw satan fall from heaven.  This is the time when lucifier, satan’s previous name as an angel in God’s heaven tried to mount a rebellion against God.  As a created being trying to rebel again the Creator, lucifer was foolish and ejected from Heaven.  We know that he was on the earth when Adam and Eve were in the Garden.  Although just our theory, we believe that Jesus was talking about when satan was ejected from heaven to the Earth after trying to take over Heaven the Earth was thrown into chaos hence it was without form and void.
Although the Gap Theory makes a lot of sense, we have yet to find two or three scriptures confirming that there was a gap of time between Genesis 1:1 and 1:2.  With a bit of revelation of the Holy Spirit, we can find out more detail as we read the Word.  However, it really doesn’t matter two much whether there was a gap or not.  Jesus IS Lord!
___________________________
Thanks for reading FaithPro!  You are here because you want to know the truth, and the truth of the Word will set you free!  Don’t keep the freedom to yourself!  Share with others via the buttons below.  One Word from God can change someone’s life forever.  Jesus is Lord!
https://faithpro.org/you-must/receive-jesus-as-your-savior/
https://faithpro.org/you-must/receive-the-holy-spirit/