Who Is Jesus Christ? 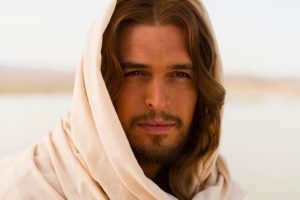 Jesus is the Son of God who came to the world as a man to make all mankind right before God the Father. He is a Jewish man born some 2000 years ago in the city of Nazareth in Israel as a man.  He grew up in the area and began to reach out to people from when He was 30 years old for about 3 years.  His first miracle was to turn water into wine at a wedding reception.  He is famous for healing the sick, turning water to wine, walking on water (across a lake), telling strangers that came to Him what they’ve been thinking or done, and working thousands of other amazing miracles.

He calls Himself the Son of God and talks a lot about the Kingdom of God, saying that He was the only way for mankind to get to God.  His coming fulfilled a prophecy (a fore-telling) from 700 years before by another Israeli man by the name of Isaiah.  Isaiah prophecies that the Son of God would come and die on behalf of all mankind.

After three years of amazing signs and wonders, the religious people of time were very jealous and looking for a way to get rid of this man who did supernatural things, talked of the love of God, and acted like someone who really knew God.  He taught like no other person on earth and responded with supernatural wisdom.

The religious hypocrites trumped up false accusations about what Jesus was doing as they were jealous about the attention of the people going towards Him away from themselves.  Their religious police arrested him in a garden one night when He was praying, beat Him, and took Him before their religious leaders.  As the religious people were under the power of the Roman empire at the time, they took Jesus before the Romans to punish.

The Roman ruler Pilate found no reason for punishment and was warned by his wife’s dream.  He tried to release Jesus through a tradition of releasing one prisoner, but the religious people had incited the crowd to reject Him.  Instead Pilate was forced to release a common criminal.

Jesus was taken to execution by the Roman rulers and had his feet and hands nailed to a cross to die in front of all the people of Jerusalem to see.  On the cross, He suffered horrible pain, abuse, and loneliness.  After 3 hours, the Bible says “He gave up His spirit” and died on His timetable (most criminals would be on the cross for much longer).  At that time, there was a major earthquake and the 30 cm (about 1 foot thick) curtain between the inner court where God’s presence was said to reside and the outer court ripped from top to bottom.  This signified that God had come out to the people who believed in Him.

The body of Jesus was placed in a borrowed grave.  On the third day after His death, several of Jesus’ friends had gone to honor their dead leader.  When they went to the grave, the soldiers who were assigned to guard the body were gone and the tomb was open.  The heavy stone that was blocking the mouth of the cave tomb was thrown to the side like a toy. Jesus’ friends found His burial clothing but no body.  When one of the ladies turned around she saw Jesus alive and well behind her.

Jesus’ friends were told to wait in Jesus.  During this time thousands around the area saw Jesus and this was documented by the secular Israeli historian of the time Josephus.

The Jesus people began to gather together and miracles like what had happened with Jesus began to happen by the hands of His followers.  This Jesus changed the world forever.

Do you know Him? Find out how.