Who Is Oral Roberts? 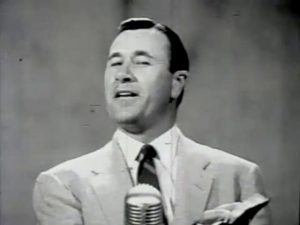 Oral Roberts (January 24, 1918 – December 15, 2009) is a famous Christian author, educator, and evangelist.  He is well known for building a legacy for the Kingdom of God.  Roberts was born into a struggling family in Oklahoma (United States of America).  He had nearly died of tuberculosis at 17.

In 1935, his brother took him to a tent revival meeting where he was healed of his illness and stuttering problems when prayed for by the hand of a visiting evangelist.  Roberts felt that he had a “call” on his life (a specific mission from God) to preach God’s Word as well as reach people through signs, wonders, and miracles of the Bible.  He first stepped out in ministry when he was 19 years old.

At 29 years old, his turning point came.  He was praying and picked up his Bible and it fell open to 3 John 2 that says, “I wish above all things that you prosper and be in good health, just as your soul prospers.”  This is when his ministry began to change.

He is famous for his tent meetings where, like the Lord Jesus, he prayed for the sick, deformed, and diseased people that came.  The tent would seat 3,000 people on folding chairs and would be moved from city to city reaching many for Jesus each year.  Through his outreach tens of thousands of people where healed and even more people were reached by the message of the Gospel of Jesus Christ and His saving grace.  He was one of the first Christian evangelists to effectively use television to reach people around his nation and the world.  Millions heard about Jesus through Oral Roberts and his ministry.

Roberts wrote more than 130 books and his publications were translated into more than 100 languages.  His ministry was broadcasting short-wave radio messages into the Soviet Union in the 1950s.  (He had begun a radio ministry in 1947).  In the late 1960s, he moved his focus to the ministry outreaches on television and reaching people via the video medium that was so new at that time.  With his wife Evelyn he had four children, Ronald, Richard, Rebecca, and Roberta.

In 1963, Roberts founded Oral Roberts University in Tulsa, Oklahoma as he was told by God to reach the whole man; spirit, soul (composed of the mind,will, and emotions), and body.  The university was to reach people’s minds through education in ministry, the arts, science, and medicine.  He told students, “Make no little plans here” as God had directed him.

Later in life, there were a couple instances of peculiar fund raising. In January 1987, Roberts said that “God would call him home” if his ministry and university did not receive $8M USD by that coming March.  They were able to receive about $4M.  Despite many seeing Roberts as a great man of God, like any prophet or man of God most of his friends considered this to be a place where he missed it, as happens with any other believers.

Roberts was semi retired and had passed management of Oral Roberts University (ORU) and the Oral Roberts Evangelistic Association (OREA) to his son Richard.  Funds were mismanaged creating legal and financial trouble for the University.  Richard Roberts was forced to step down when famous Christian entrepreneurs David Green and son Mart Green ( David Green is the founder of Hobby Lobby and other successful businesses) came in to financially rescue ORU and implement new governance and leadership to stabilize and perpetuate the famous Spirit-filled Christian University.  Richard Roberts stepped down but retained control of OREA and was given an honorary title at the university.  Thanks to the Greens, ORU was taken back from the brink of extinction and continues to flourish .

The legacy of Oral Roberts continues to this day.  Many ministers consider Roberts their spiritual father around the world.

The life of Oral Roberts demonstrates how Christians should work the miracles of Jesus, use all types of media (video, radio, publishing) to preach the gospel, we must raise up able leaders to manage the legacies of what we have done for God’s Kingdom during out type on this earth.

No one will forget Oral Robert’s teaching on seed faith, his passion to teach and his frequent faith exhortation that “Something good is going to happen to you today!”