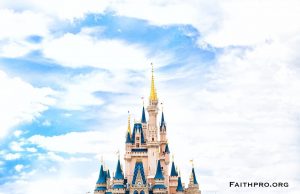 Walt Disney was a famous American cartoonist who lived from 1901 to 1966.  He was actually born in Canada to Irish parents but moved to the US as a child.  In his business, he developed a portfolio of characters with names such as Donald Duck, Goofy, Minnie Mouse, Dumbo, Pluto, and who could forget Mickey Mouse? There are many, many others, but Mickey Mouse was the character that became the center piece of his theme park which he built in Southern California called Disneyland and another park which was built in Florida called Disneyworld.

Disney popularized many stories that had been around such as Snow White and The Seven Dwarfs, Mary Poppins and many others.  Walt Disney was a shy man with a public persona and a separate private life.  He drank and was also a heavy smoker all is life and died of lung cancer from smoking.  He started as a cartoonist but expanded and developed to create a portfolio of characters that became the base of his entertainment empire of movies, theme parks, and television channels/shows.

Many of us have grown up going regularly to Disneyland and enjoyed the rides, the entertainment, and the ‘magical’ place.  Disney’s entertainment has offered an escape from our day to day lives and Disney World’s tagline even promotes itself as ‘the happiest place on earth.’   However, are the Disney parks the type of place you really want to take your children?

A Closer Look At Disney

There is no doubt that the Walt Disney company has become the master of entertainment.  Disney is a money making machine churning out new characters and endless stories about those characters.  However, a closer look at the themes promoted by the company are concerning.  Just a scan of several of the key franchises within the parks is revealing.

You can go much deeper into the various themes in the parks, movies, and other products and find other themes that the Christian family may want not to expose their children to. Following the death of Walt Disney, the company has grown and become even larger.  The model of characters, stories, media and consumer products continues to develop.  Disney parks have been built in multiple sites around Asia and even in Europe. The company has bought out comic book company Marvel and taken on a whole range of new characters in the super hero genre.  Disney now owns Spiderman, Fantastic Four, The Hulk, and others.  In addition, Disney Company also purchased the Star Wars series from George Lucas and has gone into science fiction.  Disney has become a major entertainment organization making characters to put in movies/cable or television, character or theme-based products to sell, and a slew of music as well.

Disney has become to see itself as not just entertainment for families, but also a way to influence the way people think.  Besides the themes of piracy, witchcraft, and ghosts, sadly cartoons and imagery promoting homosexual kissing between two people of the same sex, “Gay Days” at their theme parks and sea cruises, and other questionable moral actions have become more and more prevalent.  These ‘teachings’ are literally interwoven themes into many of their products.  These themes are targeted at children to work to get them to accept things that will prevent people from getting into God’s Kingdom.  Sin is sin and will separate those who believe from those who don’t.

There’s a reason why they sell $7 balloons.  Disney is a business.  Each story and set of characters produces another line of products to market.  A movie is not just a movie, it’s toys, clothing, games, food, and countless other items to be sold with the associated brand.  It’s licensing where every company that uses there image must pay a fee for every item made and sold with the Disney branding and imagery.

If you are thinking of visiting one of the Disney parks, watching one of their videos, or listening to their music,  just remember there is not going to be much about God involved.  In fact, the creators of recent content are continuing to sway further and further from the norms of a just society and promoting things that will actually hurt us.

What Are You Promoting?

When we buy Disney things, we encourage and actually finance them to create more content of the same.  It would be wise to prayerfully consider the options for you next vacation.  If you really want to refresh your family, going to a theme park or movie is not going to do much for you.  One of the best things to do during your time off is to attend a Bible Conference go on a camping trip, or just spend some quality time together where you can actually talk to each other. With God in your vacations, you will never be the same when you get back.

Do you know God?  We all need Him so  we must accept Jesus and meet him now.  Want to be a true super hero through strong faith?  Get God’s power now through the Holy Spirit who is here for you.