Does Jesus Christ Hate Anyone? Does Jesus Hate Anything? 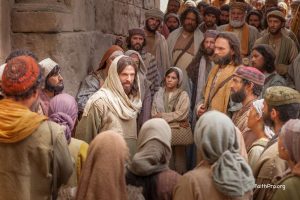 If you know Jesus, you know that He is love, pure love. If you don’t know Jesus, you can know Him now. Jesus went about doing so much good in His three years of ministry on the earth. The Bible says in Acts 10:38, that Jesus went about doing good and healing all those who were oppressed by the devil. The devil and demons want to kill, steal, and destroy but Jesus came to bring life.

Jesus healed the sick, opened blind eyes, raised the dead, fed thousands with a few loaves of bread and fish, walked on water… Jesus did some amazing things and it was all centered around people. When his disciples tried to the hold back the children from coming to Him in Matthew 19:14, Jesus said “Let the children come to Me.” Jesus loves people, but are there people that Jesus didn’t like?

Who Or What Did Jesus Hate?

Jesus is very clear about what He hates. Jesus hates religion. He frequently calls the religious people of his time hypocrites. Why? Instead of rejoicing when someone got healed after being handicapped all their live, these religious people were looking for a religious law that might have broken. For example, were they healed on the Sabbath day or not? The religious leaders would send their students or followers to join the thousands of people that followed Jesus and listened to His teaching. They tried to catch Jesus in some type of religious question or get him to break a religious law.

Religion is the tradition of humans according to Colossians 2:8. In Matthew 15:9, we see Jesus says exactly that. Earlier in Matthew 15:7, we see that Jesus calls religious people hypocrites. Why? Hypocrites do exactly what they teach others not to do. Jesus DID what He taught others to do. Not only that, He tells us that He would empower those who follow Him to do greater things in John 14:12.

God hates religion, but He doesn’t hate people. However, if religious people continue to deceive and draw people away from God and into useless religious tradition, they will be destroyed. They will never see God.

We know that God is love. Get to know Him today. Find a good church, read your Bible each day, ask God to speak with you through His Word (that Bible). He will because He loves you more than you can ever imagine.