What Does The Bible Say About Being “Gay”, “Lesbian” Or Homosexual? 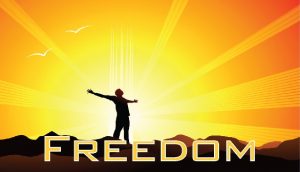 The Bible has a lot to say about sex.  The Word says a husband and wife should not withhold themselves from each other sexually unless mutually agreed for a short time.  It also says, in Ephesians 5:5, that those who are sexually impure have no inheritance or place in God’s Kingdom.  In Hebrews 13:4, we are told to keep the marriage bed pure meaning be faithful to our spouse.  There is so much more about sex in the Bible we could write a book on Sex & The Bible.
Sex is something God designed for humankind for pleasure, for fulfillment, and for procreation (having the next generation).  There is nothing wrong with sex or talking about it a bit as a Christian.  Sex is wonderful.  In fact, in the Old Testament’s Song of Solomon’s first chapter we see a very passionate display between Solomon and his wife.
In short, regular sex between a husband and wife is not only good, it’s is God’s design.  But what about sexual activity between two men or sexual activity between two women.  What’s God’s take on homosexuality?
If you want to see God’s opinion on any topic, you’ve got to see it from His Word. The Bible is our final authority.  By the Word we know God’s voice, His direction, and His will for us and the whole of humankind.
The First Homosexuals In History
If we research homosexual activity in the Bible, we don’t find God promoting sexual relationships between people of the same sex.  In fact, we find that when people go into homosexuality God calls it sin.  Sin meaning missing the mark with God and His ways.  In Genesis 18 and Genesis 19 we see two angels visiting Abraham and the ancient cities of Sodom and Gomorrah.  Before the grace of our Lord Jesus, God destroyed the whole cities due to their homosexual sin.  In Leviticus 18:22 we see that homosexual sex is strongly labeled an “abomination” by God.  Homosexuality is actually called “sodomy” which is named after the infamous city of Sodom.
Some may say, “Oh, that’s the Old Testament, we’re living in the New Testament now”.  Let’s see what the Bible’s New Testament says.  Romans chapter 1 says homosexual sex is sin before God and a sign of the impending judgment of those who do it (Romans 1:26-27).  Romans says that people choose this and those that do have blunted their consciences to the conviction that wrong is wrong and those that practice will pay the price due to the sickness and disease that this bringing upon them.  God leaves us all to make choices of whether to serve Him or not, but also whether to go deeper with Him or not.  Sex is a choice, no one is born homosexual or heterosexual.  Many homosexuals have been pulled into the lifestyle due to sexual abuse that was inflicted on them in their youth.
Sexual Connection To Eternity
If someone wants to justify a homosexual lifestyle they will find no justification in the Bible.  Sexual sin is not just sex with someone other than your spouse.  It is sexual activity outside of marriage.  Jude 1:7 says if we stay in a homosexual lifestyle we condemn ourselves to eternal fire and suffering at physical death.  God makes it very clear in Revelation that there will be no sexual sinners in heaven in Revelation 21:8.  That doesn’t just mean homosexuals, cheaters, and anyone who is sexually promiscuous is heading down a very dark path that will only get darker.  Remember sex is something God designed for us and is something for a husband and wife.
Does God Hate Homosexuals?
We know that God is pure love.  He created mankind and gave us a freewill to love Him or turn from Him.  Love is a choice and God has given us a choice to love Him.  Anyone who says that God hates homosexuals does not know God.  Remember God is so pure and holy that sin can not stand before the Creator, our heavenly Father.  Before God, sin is sin.  Whether you’re sexually sinning or a thief, it is all sin before the Father.  Sin means to ‘miss the mark’ as in missing the bullseye on the target in archery.  But for some reason, sexual sin is very clearly condemned in the Bible.  Stealing is sin but when you sin sexually you are sinning against your own body according to 1 Corinthians 6:18.  Sinners want company like the demons who are deceiving them so don’t believe the ‘you were born this way’ lie.
Without Jesus, none of us is going to make it to heaven.  By confessing Jesus as Lord as in here, we can all be made perfect before God and have eternal life. But why risk eternal separation from God and continue in sin?  Why not discover a wonderful spouse and see the fullness of the relationship that God designed between a man and a woman?
Ready To Be Free?  Here’s What To Pray
Father, I thank you for your Son Jesus who died for me and all my sins.  I know He rose on the third day so that I don’t have to die in my sins and be eternally separated from you.  Right now, I accept Jesus as my personal Lord and savior from sin, sickness, and disease.  I confess my sin and ask you to forgive me of all my weaknesses and help me to be more like You.
In the Name of Jesus, I break the bondage and rebuke the homosexual spirit trying to control my life.  I will not allow that spirit to separate me from the full life you promise in Your Word.
Father I pray that you would help me to identify the root entry of these desires in my life so that I can complete rid of this sexual sin that displeases you. Today I am clean and from today I will fight all homosexual desires and attack of the enemy.  I am free by the blood of Jesus.  Amen.
___________________________