What Was Paul’s Thorn In The Flesh? 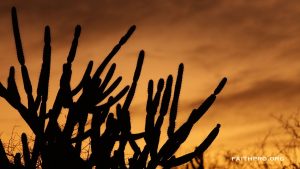 In 2 Corinthians 12:7-10, we hear the Jewish Apostle Paul describe what he calls a thorn in his flesh.  As you read the passage it seems pretty clear what it is.  However, religious people have reinterpreted what he said to better match their teaching.

Paul says that he was getting so many revelations of God, remember he was the learned Jewish priest who wrote much of the New Testament, that he felt that he was attacked by a thorn in the flesh.  In Numbers 33:55, we see that when the scriptures define something as a ‘thorn’, the Bible is talking about a personality. In the Old Testament, it used to describe unbelievers in the promised land.  God’s people are warned that if they do not drive out these people who have rejected God, they will be irritants in the eyes and thorns in the sides of those believers.

In 2 Corinthians, Paul clearly describes the thorn in his flesh as an attack of satan.  The enemy and the forces of hell didn’t want God to inspire Paul through the Holy Spirit and continue to record God’s heart (remember 2 Timothy 3:16) so the enemy attacked.  Religious people and some Christians debate on what type of ailment the thorn in the flesh was or even that God sent or allowed this.  It was not God, it was Paul who allowed the attack.  This is Dark Ages Mentality that incorrectly teaches ‘sickness comes from God’, and ‘whatever happens to you is God’s will’ at work.  Both of these are wrong. As a believer, God has to allow what you allow.  Otherwise, why would the Lord Jesus have taught us how to pray?  It is clear, the thorn in the flesh is a demonic attack on Paul.  Remember, demonic spirits attacked Job in the Book of Job with sickness and ailments.  Job had opened himself up to attack by being fearful (Job 3:25) and not walking in faith.

Free From 18 Years Of Pain!

In Luke 13:10, we see a woman who had been sick for 18 years.  The Lord Jesus was there preaching the scriptures, and He noticed her.  He didn’t say, “God heal this woman, in My Name.”  Notice here again, the woman was not able to stand up straight because of a ‘spirit of infirmity’, otherwise known as a demon or an evil spirit.  Jesus spoke to that woman and said, “Be loosed” and placed His hands on her.  She was made free.  Paul needed to lay his hands on himself or get around someone of strong faith to say, “Devil, I bind you in Jesus Name, get off my body, and get out of here!”  Paul asked God to take away what God had already given him authority, by the grace of Jesus Christ, to deal with it himself.  Remember, whatever YOU bind on earth is bound in heaven in Matthew 18:18?

God wants you to be free from sickness (mental and physical), so don’t believe the lies of the enemy or traditions of others.  Read the Word of God (the Bible) and know that God loves you and there is no reason to put up with demonic attack.