Why Are There So Many Christian Groups And Denominations? 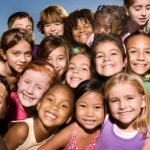 Why are there so many Christian denominations around the world?  This is a question that we don’t hear that much of.  Why?  Most people don’t care what the flavor of the church is as long as it’s teaching the uncompromised Word of God (the Bible), and it is a Spirit-filled church with leadership following after God with all they have in them.  That’s important as there are a lot of dead churches with no presence of God out there that can mislead people.  However, there are a lot of good churches as well.

There are millions of churches around the world that are affiliated to different groups.  Since AD 30, there are estimated 34,000 Christian groups of various levels of hunger for God around the world.  The church was founded in Jerusalem by Jewish people, but spread around the world miraculously bringing many people into God’s Kingdom from every tribe, tongue, and nation.  The message of God and how Jesus made us right with Him changed the world.  The enemy (the devil and forces of hell) want to tear down the church, they don’t want to see a strong church, these spiritual forces are always trying to put people into church leadership that will lead true worshippers away from God as we saw here.

Is There Only One True Church?
The fact that many Christian churches exist is a common discussion point for Roman Catholics as an attempt to say Catholics are the only true church.  The attempt is to connect the Lord Jesus’ Jewish disciple Peter as the founder of the Italian church, as Peter was the first to recognize Jesus as the Christ, the Savior of the world as recorded in Matthew 16:13-20.   However, from the Old Testament we know that if a person or group stops seeking God, that doesn’t stop God.  Other groups will rise up.  Christianity is relationship, not religion.  We see this with King Saul being replaced by a young shepherd boy named David.  Saul went away from God.  David made a lot of mistakes but after repenting was described by God as “a man after God’s own heart”.  He was the most famous king of Israel.
Both Roman Catholic and Mormon churches  are very similar as they teach that their particular group is ‘the only true church’. What about the rest of us who love Jesus with all that within us and seek the Father with all that we’ve got?  Saying that you are the only truth is a bit condescending or cultish sounding.  It is the beginning of trouble for that group.
No follower of Jesus should be condescending or cultish.  Yes, there is only one true church of people all over the world who are just like David and love God and His ways. Committed Christians put their relationship with Him first daily.  It is hard to keep these people away from a gathering of other committed believers.
Human Conflict
We see a lot of human conflict in the Old Testament showing how mankind desperately needs God.  In the New Testament, we know the early Jewish believers had an incredible unity of the faith, but as the church grew and spread around the known world there were some disagreements.  In Acts 15:36-40, we know Paul had sharp diagreements with Barnabas about the nature of salvation for Jewish believers versus gentile (non-Jewish). Also, Paul rightly disagreed with some other Jewish Christians who tried to force Jewish culture (such as circumcision) on all believers.
In churches these days people fight about the silliest things.  People get away from the spiritual and get into ‘the flesh’ or pride.  There are fights about how is going to lead worship, what the pastor is teaching, the way church business is operated, and all sorts of things.  Whatever church we participate in, we need to look at the leadership.  Spiritual strength is not found in robes, hats, and religious articles.  The spiritual strength of leadership is found in the level of hunger the leadership have for the things of God.
We certainly could do with fewer church denominations,  especially those groups that claim to be ‘Christian’ but have no ‘christ’ in the place. Jesus builds His church through believers and He knows that there are some people that say they are a church but have no desire to learn God’s ways or God’s Word.  The more the individuals seek God, the more unity will come to that church corporately.
Why So Many Types Of Christians?
Churches are made up of people.  Just as in a school, a sports team, or any other group, human nature is that people surround themselves with people like themselves.  The beautiful thing, about the Church that Jesus said He would build, is that a loving Christian church transcends the limits of race, social level, income, or physical appearance.  True churches are made up of true worshippers (John 4:23).
Of course, there are groups out there that have gone away from the Bible.  If a church is not teaching the Word of God, you should leave because they are heading to spiritual shipwreck.  The short of why there are so many groups of Christians is that different people like to worship God in slightly different ways.  It’s also like music, some people like country, some classical, some jazz, rock, and some a bit of everything,
There is liberty in God’s Kingdom and people are free to worship with variation.  God is not limited to a 400 year building and 200 year old music.  In fact, the best churches of our generation actually meet in warehouses and other very simple, but usually large, facilities.
Don’t be misled by people saying they are the only true church due to the fact that there are so many ‘Christian’ organizations out there.  Get plugged in to a church were the leadership, and especially the lead minister/pastor, has the love of Jesus, the miraculous faith of Jesus, the kindness of Jesus, and who teaches the Word of God with authority like Jesus.
There is nothing like Jesus.  Do you know Him?  Here’s how.  Have you experienced the Baptism of the Holy Spirit?  That’s the next step and you can do that here and now.
___________________________
Thanks for reading FaithPro!  You are here because you want to know the truth, and the truth of the Word will set you free!  Don’t keep the freedom to yourself!  Share with others via the buttons below.  One Word from God can change someone’s life forever.  Jesus is Lord!