Did God Really Harden Pharaoh’s Heart In The Bible? 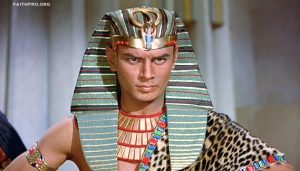 The Bible is the most powerful and life-changing book you can read.  Those of us who love God, just call the Bible ‘the Word’.  In John 1 as well as the book of Revelation, Jesus is called ‘the Word’. Jesus and the Bible are one in the same.  There are some that hate God and futilely try to stand against the Word.  These people don’t know the dangerous ground they attempt to stand on.  Some people that don’t understand the Bible, much less God the Father, consider the Bible to be filled with contradictions.  Other people have incorrectly concluded the Bible is filled with violence and depravity. The article, “Is The Bible Filled With Violence and Depravity?” clears that up for the honest person.

Is The Bible Filled With Contradictions?

People who don’t really read the Bible often say “The Bible is filled with contradictions”, in an effort to discount or negate the truths of the Bible. They often quote passages from the Gospels; Matthew, Mark, Luke, or John and don’t realize these books of the Bible are telling the eyewitness accounts of men who walked with the Son Of God (Jesus!), from their different perspectives.  What a doctor observes will certainly be different from what a tax collector is going to notice when recording the same event.  God wants us to see things from the eyes of others.  However, there are some phrases in the Bible that are more of a challenge if you don’t know about the historical and cultural backgrounds of the people written about.

In the Book of Exodus, we read about the King of Egypt (Pharaoh) and Moses.  Moses came and told Pharaoh that he must let the people of Israel go.  No boss is willing to let his staff go if they are working. In the case of Israel, they were slaves so they were free labor to Egypt. Moses used his faith and the power of God to confirm that God was with him by turning a river to blood, a staff into a snake, bringing pests on Egypt, and many other things.  Finally, the last plague of Egypt was when the firstborn of every animal and human died, notice none of the Israeli’s children died (Exodus 11:4).  When Pharaoh’s firstborn son died, he finally let God’s people go in Exodus 12:31.  He still had the pride and ignorance to attempt to recapture them after they departed.  Pharaoh paid dearly for attempting to challenge God.

During the various plagues that were brought on Egypt by Moses’ faith, there is a difficult saying in Exodus 9:12 that says that God hardened the heart of Pharaoh.  It is repeated several times in the historical record.  People who subscribe to the Dark Ages Mentality quickly latch on to this phrase saying, “Look, God is in control.  He controlled Pharaoh.”  Did God really harden Pharaoh’s heart?  We must understand the language, culture, and way of writing a bit in order to understand the answer to this question.

In Japan, when we get really mad people sometimes say, HARA GA TATSU. Literally, that means “My stomach is standing”. It may make sense in Japanese to someone who was raised in country, but it makes no sense to a foreigner.  In English, when we want to get someone out and working we sometimes say, “Hit the streets”, but does that mean they go outside and pound the pavement with their fists? Of course not.

When the Bible says that ‘God hardened Pharaoh’s heart’, it means God let Pharaoh harden his heart against Moses and the Israelis. However, we must understand the context as he  was the King of the most powerful nation in the world at that time, who was standing in the way of God and His plans for His people.  God did not harden Pharaoh’s heart just as He doesn’t harden yours.  Your attitude and your decisions are your choice.  You must know the Bible.  We know it was Pharaoh that hardened his own heart as 1 Samuel 6:6 clearly says,

Why then do you harden your hearts as the Egyptians and Pharaoh hardened their hearts? When He did mighty things among them, did they not let the people go, that they might depart?

Generations later, Samuel, an Israeli who understood his culture, the scriptures, and the sayings notes that it was Pharaoh that hardened his heart.  God is not a human that looks just at our outward appearance.  God is looking at our hearts. He wants to have a personal relationship with you and is controlling nothing unless we allow Him to, through our prayers.  When we work against God we are heading for disaster.  Romans 1:21 illustrates how God lets go of those who let go of Him and work against His Kingdom.